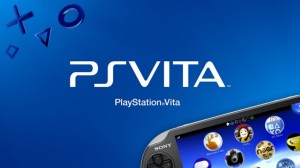 My wife got me a Playstation Vita as an anniversary gift. She wasn’t pleased that the only edition available locally was the Walking Dead Vita. Fortunately, it’s a plain Vita bundled with a game code for the Telltale Walking Dead game. I assured her I wouldn’t take any added meaning to the gift.

Since I got it before the hardware refresh, not much has changed externally. The new model will apparently be a little smaller and lighter, but will give up OLED screen for a standard LCD. Given how great the screen looks, I’m glad I got the old style. Overall, it’s a pretty slick feeling piece of kit. There are some compromises to portability. All the buttons are a little small, but the only ones that bother me are the start and select buttons. They’re still useable but hard to reach in a hurry. Fortunately, you almost never need to hit them in a hurry.

The biggest complaints about the launch Vitas were about the software. There have been enough updates that I find little to complain about. The overall interface clearly borrows from smartphones. The big, beautiful icons could have been a bit too big before folders, but right now they just look great. 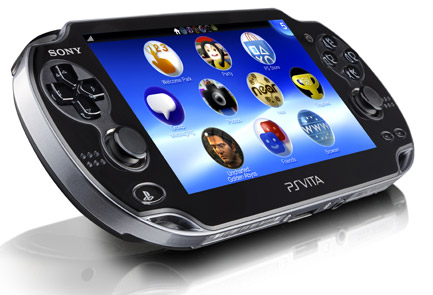 There’s not going to be any confusion for anyone who’s used a smartphone or tablet. The icons scroll vertically while open app pages are spread out horizontally. App pages function like Palm’s WebOS cards or open apps for iOS or Android. They also scroll down to game activity to see updates or what your friends have been doing. There are buttons at the top of the page to control other functions such as Playstation Plus features. The center is dominated by a screenshot of recent activity. You press that to give focus back to that game or app.

One of the neat features is the ability to do limited multitasking. As with most mobile devices, this is done with a suspend/wake feature, but given that most games require full system resources, instant resume for the active game is pretty impressive. The majority of system apps will run without requiring that a game close. So you can check on friends, update trophies or even pull up a game guide and instantly jump back into the game.

The best use of this didn’t arrive until the PS4 launched. You can actually keep a Vita game suspended while playing PS4 games via remote play. Let’s face it, remote play on PS3 was a joke. On the PS4 it’s a revelation. The vita is something like a quarter of 1080p resolution. Games look great. Whether it’s graphical detail like Killzone: Shadow Fall or lighting and effects heavy speed gameplay like Resogun, they look great and control well. Of course, if connection speed drops too low, you will notice it.

I presume they’re using some of the technology from Gaikai. If so, it certainly works well on a local level. I look forward to the announced PS3 game streaming on the PS4. Regardless, the vita streaming is so useful that I found myself missing it whenever I was playing on the PS3. I can grab the vita and play even if someone else is using the home theater.

While that could be reason to buy a vita, native vita games are the main draw. Yes, there is a nice collection of PS1 and PSP emulated games available on the PSN store. The vita library has started to fill out. Since I’ve been a PS plus member for a long time, I actually felt like I had an instant game collection for the vita when I got it. Sony’s push for indie developers certainly feels alive on the vita. I wish I could say the same for AAA titles. When games push the vita, they’re lightyears beyond any handheld system. Yes, I’m including the top end phone games.

I’d still love a vita exclusive killer app. Maybe the money is not there yet. Uncharted and LittleBigPlanet are great and use the features of the vita, but still feel like little brothers to their console namesakes. Tearaway is as close as we have right now. I’m not sure it’s something people will buy the vita to play. If we could get another Peace Walker type experience on the vita, it would be great. You can make a case based on the library, but I’d love to see that game that you just can’t miss on the vita.  I can see that Killzone: Mercenary could be that game.  However, Shadow Fall (PS4) feels much better to me.  Then again, I’m not the core shooter audience.

In summary, the vita is a great piece of portable hardware. Games look great. The controls are the best on a handheld and prove comfortable for short or long gaming sessions. In fact, developers have a ridiculous number of inputs. Sound is decent (or very good if you use headphones). It’s beyond the portable system I dreamed of when I first played and Atari Lynx.  There’s nothing else really close to it.  I’d love to see it take off this year since it could host some truly epic and unique games.  Highly recommended.  Must buy if you have a PS4.

Permanent link to this article: https://www.talkstrategy.com/2014/01/playstation-vita/