Game of the Week: Sleeping Dogs 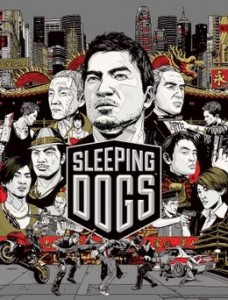 I played the original True Crime: Streets of L.A.  It wasn’t up to Grand Theft Auto standards, but the spin of playing a cop and the increased focus of melee combat bumped it up a few notches.  Having Christopher Walken as a narrator didn’t hurt either.  I enjoyed that game but didn’t finish it.  The sequel set in New York got worse reviews, so I didn’t buy it.

When I heard that Activision was rebooting the series with a version set in Hong Kong, I was interested since I had enjoyed Stranglehold with a similar setting and premise.  Then Activision shut down all mid level game development to focus on AAA titles.  I later heard that Square Enix had picked up the project and rebranded it Sleeping Dogs.  I just assumed that the end result would be mediocre at best.  Reviews and impressions painted a more positive picture so I planned to pick it up when it was on sale some time.  Before I got around to that, Sony announced that it would be a ‘free’ game on Playstation Plus.  While Plus is not free, I have found it to be a great deal because of quality games like this.

Sleeping Dogs is an open world sandbox set on the island of Hong Kong.  This is a streamlined playable Hong Kong that reduces distances and density, but they’ve managed to create a believable, lived in space.  Different sections feel radically different.  With cars, motorcycles, boats and cabs (for fast travel), you can get around anywhere quickly.  Clearly United Front learned the most important lesson from Rockstar, make everything fun.  Ok, not everything is fun, but most core activities are.  Unarmed combat, melee weapon combat, ranged combat, driving, racing and vehicular combat are all fun.  Unarmed combat and vehicular combat are the standouts in the game.  Both give you a real feeling of power and destruction combined with high risk.  It’s nearly impossible to get through completely unscathed, but skill will carry the battle (at least after upgrades).

With a strong gameplay core, you might think the story stinks.  No, not really.  As long as you don’t compare it to reality, it’s a fun ride.  If you go in with a Hong Kong action movie mindset, it’s even better.  You have a ton of characters with larger than life personalities.  They get into outrageous situations and clash in mighty conflicts.  If you don’t pay attention, some of the names and terms can be confusing, but the game does a good job keeping you on the right track.  Even though the characters are kind of wacky, the voice actors are good enough to humanize and make you care for them.  For instance, when a battle breaks out at a wedding, you actually feel upset that someone would break tradition and do such a thing.

That involvement is the driving force that pulled me into the game world.  I wanted to know what would happen to these characters.  I wanted to make Wei a little stronger, more respected and dangerous.  That’s the mark of a good game.  In fact, I enjoyed it so much that I stuck around to get my first ever Playstion Platinum Trophy.  That’s a story for later.  Overall, very highly recommended.

Permanent link to this article: https://www.talkstrategy.com/2013/07/game-of-the-week-sleeping-dogs/