I still think Infamous was better than Prototype. There were a lot of cool things in Prototype, but throwing them all together didn’t create a great game. Of course, I might be bitter that we got Prototype instead of a follow up to Hulk: Ultimate Destruction. Infamous had its share of problems, but it managed …

END_OF_DOCUMENT_TOKEN_TO_BE_REPLACED

Permanent link to this article: https://www.talkstrategy.com/2016/06/game-of-the-week-infamous-second-son/ 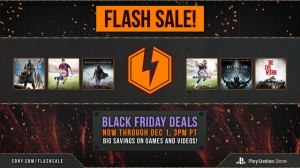 END_OF_DOCUMENT_TOKEN_TO_BE_REPLACED

Permanent link to this article: https://www.talkstrategy.com/2014/11/instant-update-psn-flash-sale/