Borderlands 2: Commander Lilith and the Fight for Sanctuary 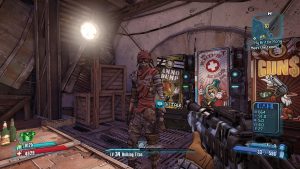 END_OF_DOCUMENT_TOKEN_TO_BE_REPLACED

Permanent link to this article: https://www.talkstrategy.com/2019/06/borderlands-2-commander-lilith-and-the-fight-for-sanctuary/

I haven’t been playing too much lately. I finally completed a full run through Borderlands 2. It’s a great game. The only other game I’ve been playing recently is Puzzle Saga on my iPad. I’ve been meaning to write up a post on why I enjoy it. For now, I’ll just say it’s like the …

END_OF_DOCUMENT_TOKEN_TO_BE_REPLACED

Permanent link to this article: https://www.talkstrategy.com/2013/02/puzzle-saga-ios/

Most people do these lists at the beginning of the year. I’m doing mine before the fall rush. Of course, I’m not limiting myself to games that are releasing this fall. In fact, I’m not really limiting myself at all. Heck, I might even throw in a game or two that been released, but I …

END_OF_DOCUMENT_TOKEN_TO_BE_REPLACED

Permanent link to this article: https://www.talkstrategy.com/2012/08/games-im-looking-forward-to/