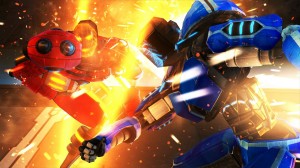 Call it Frozen Cortex.  Apparently the developers were tired of the ‘Frendzone’ jokes and the confusion about the game simulating American Football.  The robot players and randomly generated field weren’t enough to distinguish it from Madden.  Or maybe the NFL isn’t as universal as we Americans like to think it is.  Regardless, anything from the makers of Frozen Synapse is worth a look.  The game is in early access on steam right now.  Thanks RockPaperShotgun.