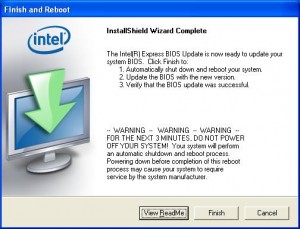 I was having a weird problem with Windows 8.1 and Office 2013.  I would get memory errors that would sometimes even crash the programs.  It was hard to troubleshoot since it wasn’t easy to reproduce.  Intermittent errors are always the worst.  I could have lived with it if it wasn’t for the one place I could reproduce it.  One Outlook profile would crash on start up every time.  I could occasionally get in if I launched it right after booting the system, but after that it would crash on start up.  The weird thing was that if I did get in, the program and system would function normally until I closed it.  Then I couldn’t get in again.

I tried repairing the .pst file. I tried deconflicting start up programs.  Nothing worked.  Separately I was having some problems with USB devices after sleep/hibernation mode.  I went to update the BIOS from the motherboard manufacturer’s site. When I grabbed the BIOS update, I noticed that nearly all the motherboard drivers had been updated since I had last checked.  I ended up spending a couple of hours updating the BIOS and chipset drivers.  That was a lot of reboots.  In the end, it solved not only my USB problem but also the Office memory problem.

Maybe I’m spoiled by all the automatic Windows and Steam updates.  It never hurts to go back to basics.  Make sure your drivers are up to date before you start troubleshooting.  It would have saved me a lot of headaches.

Permanent link to this article: https://www.talkstrategy.com/2014/04/friendly-reminder-update-your-bios-and-drivers/