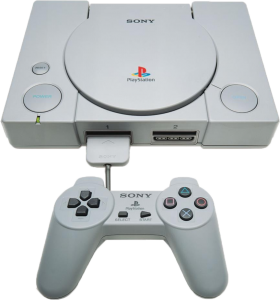 The Playstation Blog had a bunch of Sony bigwigs and developers list their favorite PS One games.  Just reading their lists brought back tons of great memories.  I thought I’d do mine quickly.

Battle Arena Toshinden — This is not a classic game like most of them on the list, but it was one of the first I ever played.  I was amazed that I was playing this in my apartment.  Until then, there had been a divide.  There were arcade games and console game.  Sure there were some arcade ports, but they were either a generation behind or a weaker version than the arcade.  Here was a game that looked better than what was available in the arcade sitting on my console.  It truly felt like the dawn of a new era.

Metal Gear Solid — This game was unbelievable in every sense of the word.  I felt powerful.  I felt weak.  I felt dangerous.  I felt vulnerable.  Even on one remote island, the variety of action felt incredible.  Of course it asked the question, “Can love bloom on the battlefield?”

Final Fantasy Tactics — I loved the scope and depth of Final Fantasy VII, but this game came along and blew it away.  Yes, the story was over the top but strangely captivating.  The battle system was nothing short of brilliant.  The beginning was a bit tough.  Once it opened up, you always had endless possibilities for any battle.  I still have my original disk.  It’s like a treasure I won’t give up even if I have prettier versions to play.

There are many more quality games that I could mention.  Even though the PS2 was the better console by every measure, I’m glad the Playstation drew me in to Sony’s world.

Permanent link to this article: https://www.talkstrategy.com/2014/12/playstation-at-20/